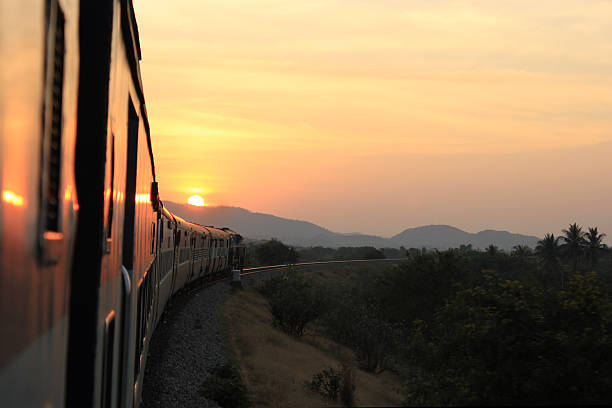 Literally translated, Tamil Nadu is “The Land of The Tamils or Tamil Country.” Out of India’s 29 states, Tamil Nadu is the 11th largest state by area. However, Tamil Nadu makes up for its small size with a wealth of natural resources. Since they are the meeting sites of the Western and Eastern Ghats with the Nilgiris Hills, the western, northwestern, and southern regions are rich in vegetation.

This turns the state into an ecological niche, giving Tamil Nadu a wealth of flora and animals. The oldest civilizations have all originated in Tamil Nadu, and throughout history, dynasties like the Chera, Chola, and Pandya dominated the area between 300 BC and 300 AD.

Tamil Nadu is hence rich in both natural and cultural resources, making it a tourist destination. The ten location must see in Tamil Nadu will be covered in this post.

Chennai, formerly known as Madras, is the capital of Tamil Nadu. The city has always been at the forefront of all cultural, economic, social, commercial, and industrial growth in the south of India because it has been surrounded by South Indian Kingdoms for aeons. 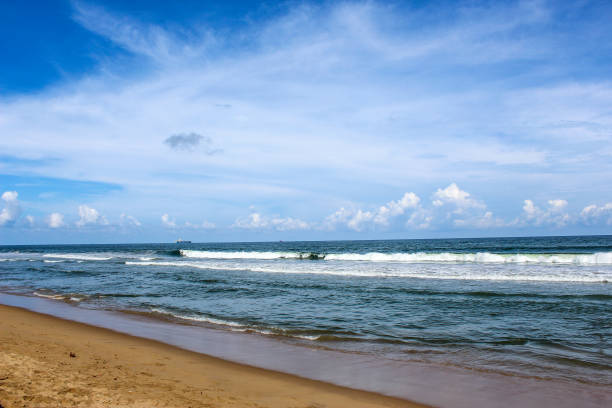 The abbreviation for Chennapatnam’s full name is Chennai. Due to Chennai having the majority of India’s automobile industries, it is frequently referred to as the Detroit of India. You may need to take about 2-3 days to really explore this city on your own because it is highly known for its unique culture and tradition in addition to its famous industry. 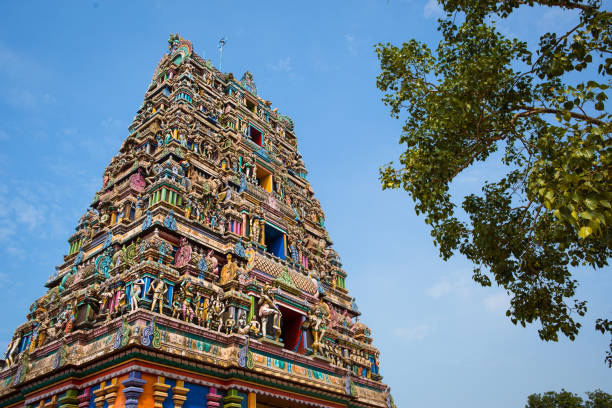 The city of Mahabalipuram, sometimes called Mamallapuram, is renowned for its ancient and cultural legacy. The Pallava Dynasty ruled over Mahabalipuram, a significant seaport that dates to the seventh century AD. It is included as a UNESCO world heritage site and is well known for its monuments. Nearly majority of the monuments are made of granite and showcase the splendour of Dravidian style construction.

In any case, the town is small, so the best ways to move around are on foot or with a rented bike. One or two days are plenty to visit all of the town’s attractions. Except for during the monsoon season, the city is crowded with tourists most of the time. The spectacular setting of this place enhances the allure of the monuments and the fine sculptures. The temples here are a wonder to behold, and with the help of an informed tour guide, one may completely lose themselves in the historical tales that underlie each of the buildings.

Kanyakumari, the southernmost point of India’s mainland, was originally known as Cape Comorin. During the reign of the Chola, Chera, and Pandya dynasties, the ancient town of Kanyakumari was a significant location. The town is well-known for its stunning beaches, temples, historical sites, and cultural hubs. The town is renowned for its unique culture and friendly residents. 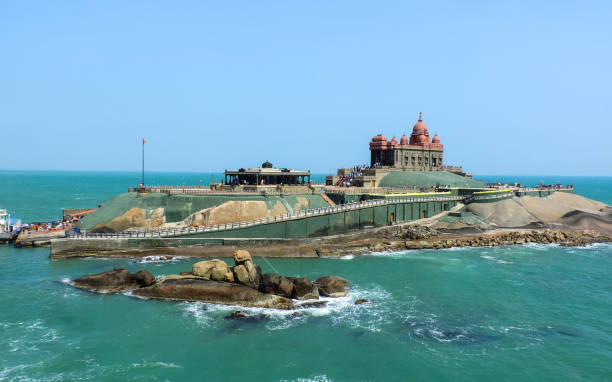 Sunrise and sunset may be observed on the same beach, which is a wonder that has only been experienced in a few of locations throughout the world. The town is situated where the Indian Ocean, Arabian Sea, and Bay of Bengal meet, making it a popular destination for pilgrims in the southern part of India. 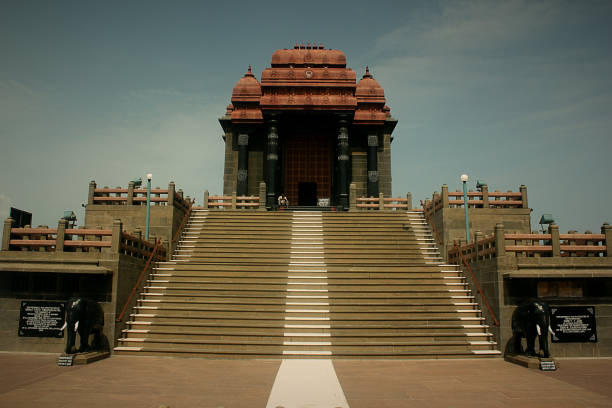 These temples were constructed using Dravidian architectural design. Some of the south Indian classics like Sambhar, Idli, and Dosa are among the delicious and light on the stomach south Indian specialties that are served here. A visit to this town will certainly revive your senses.

Madurai, the third-largest city in Tamil Nadu, is one of the oldest cities in the world. Many have made reference to the location, including Megasthenes and Kautilya. Both the Pandya and the Chola dynasties have governed the city. 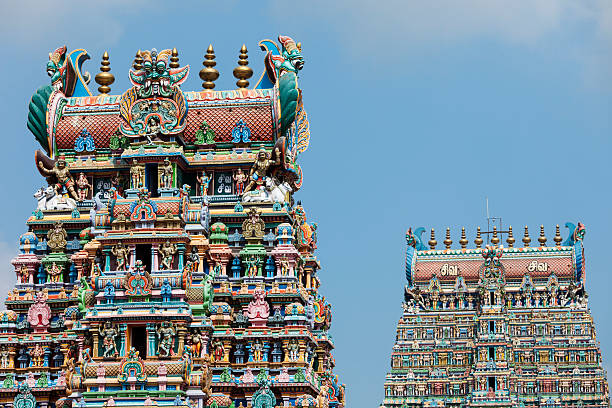 The city is constructed around a number of significant and gorgeous temples. Geographically, the city of Madurai is situated on rich plains close to the Vaigai River, which splits the city in half. As a result, the area is primarily used for agriculture and serves as India’s main source of paddy crops like rice.

The bulk of visitors to Madurai come to see the many temples that honour this historic city. The Meenakshi Ammam Temple is of particular significance because it is referred to in practically all ancient literature and is regarded as the most important place of pilgrimage for the Tamil people. There are 27 separate temples in the complex, and the highest tower, at 51.9 metres high, is what gives the area its name. Along with the several festivals conducted here, there are numerous other monuments and temples that must be visited. Even visiting Madurai is a spiritual experience.

The name of the town, which translates to “the Gift of the Forest,” is also known as “Princess of the Hill Stations.” With an average height of 2,331 metres above sea level, it is a minor hill station. The area is situated at the peak of the Palani Hills and is surrounded by dense trees. The hill station was created in 1845 as a haven from the oppressive heat and infectious diseases of the tropical plains. The town is a popular tourist destination, and the tourism sector accounts for the bulk of the local economy. 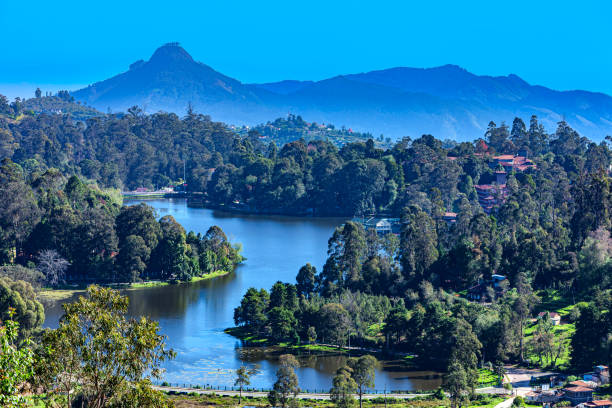 The significant number of tourists visiting Kodaikanal is due to its natural attractions and reputation for picturesque beauty. The town is truly a gift from the forests because of the lakes, parks, and several waterfalls as well as the great variety of flora and animals. The region is home to numerous natural wonders and occurrences, including the rare Kurinji Flower’s blooming, which is claimed to cover the entire valley in blue and only occurs once every 12 years. Your desire to stay in Kodaikanal will be piqued by the region’s diverse flora and the natural and man-made attractions available.

Vellore, sometimes referred to as the Fort city, is situated along the Palar River in the northeastern region of the Tamil Nadu state. Numerous monarchies and kingdoms, including the Pallava, the Chola, the Carnatic Kingdom, and the British, ruled over the city. The granite Monolithic fort of Vellore, built in the 16th century by the Vijaynagar Kings, is where the location gets its name. The British built a Christian chapel, a mosque, and an old Hindu temple within the fort complex. The Hindu temple boasts some of the most beautiful carvings. 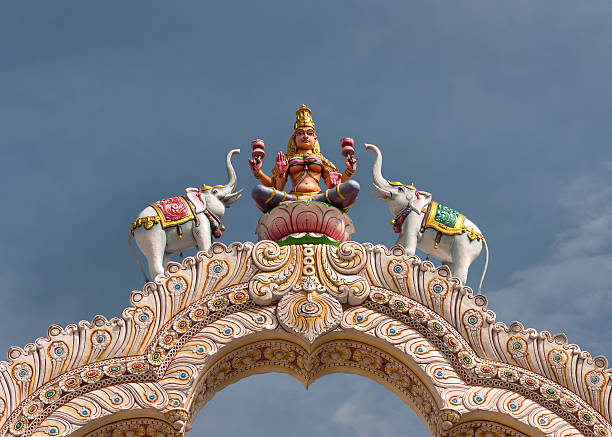 The area is also very historically significant because it is believed that Tipu Sultan’s family resided in the Vellore Fort under the British Rule. In addition to the fort, the area is popular with tourists due to a number of additional attractions. The numerous Dravidian-style temples, the gorgeous hill station of Yelagiri, the churches and mosques, and the numerous shopping centres have made it a must-see location in Tamil Nadu. 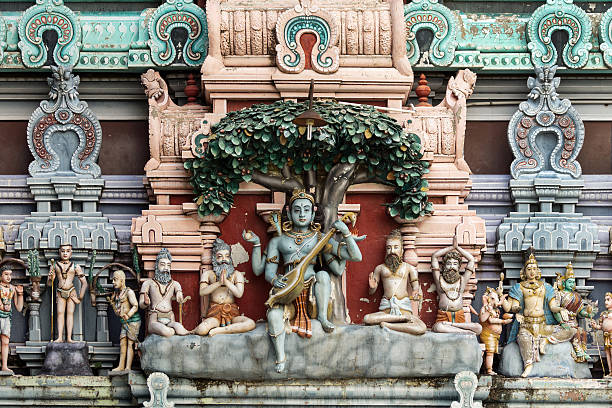 Ooty, also known as Ootacamund, is the Nilgiris District’s capital and one of the most popular tourist destinations in India. With an average height of 2,240 metres above sea level, the location is in the Nilgiris Mountains. The region is distinguished by the dense eucalyptus forests’ blue smoky mist, and it is also renowned for being home to the rare kurunji flower. Like most hill towns, the town depends heavily on tourism for its economic growth. Many British government officials noted how much this location reminded them of Switzerland.

Despite being situated in a tropical area of India, Ooty experiences cool nights and a lovely, temperate environment all year round. The greatest time to visit is from December through February, when tourists from all over the world are there. Amazing places to visit include the many lakes, mountains, gardens, and valleys. The many peaks are excellent trekking destinations, and the lakes are wonderful places to camp and have a picnic. When you visit Ooty, you will encounter a setting that is unlike anything else in practically all of India.

On the banks of the Vegavathy River is where the city of Kanchipuram is situated. Numerous reigning dynasties and monarchies, including the Pandya, Chola, Vijaynagar Empire, Carnatic kingdom, and British monarchy, have ruled over the city. Kanchipuram has been an important educational hub and a well-known learning location since the Middle Ages. 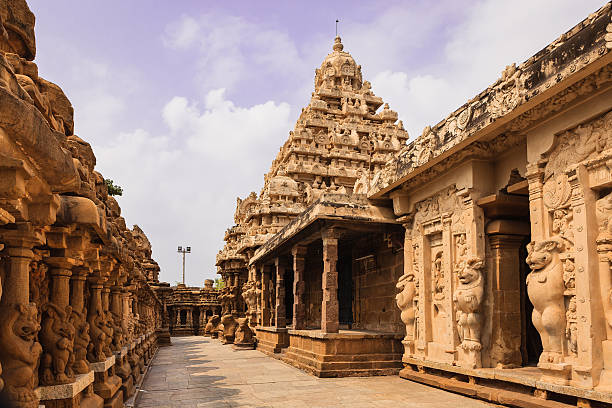 The city is renowned for its many temples, many of which are designed in the Dravidian architectural style and include magnificent stone sculptures. Since the Maurya Period (325–185 BC), Kanchipuram has been a significant city and has been recorded in manuscripts. It is frequently referred to as a city unlike any other in the Dravidian Kingdom. 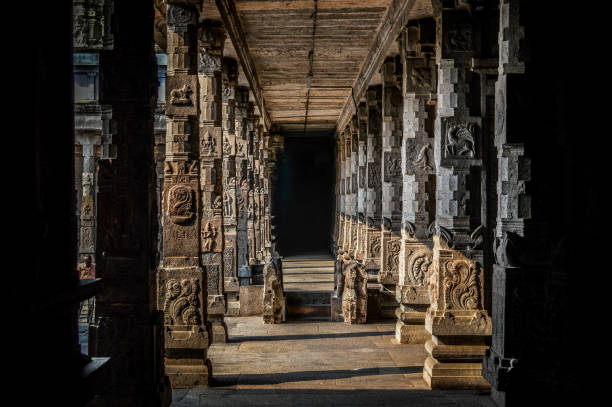 The ancient literature attest to the fact that Kanchipuram is recognised for its medicinal herbs in addition to its many temples. More than 5000 families live in Kanchipuram and work in the silk industry, which makes this city famous for its “Kanchipuram silk Saris.” Specialized silk is one of the city’s main exports. The region has a unique culture that one must explore and is rich in both natural and man-made attractions. The city is a must-visit because of its numerous Temples, bird Sanctuary, beaches, backwaters, etc.

Coimbatore, an extremely industrialised town, is frequently referred to as the “Manchester of India.” In terms of area, it is the second-largest city in the Tamil Nadu State. The area is well-known for its numerous temples, retail districts, and traditional Tamil cuisine. The town of Coimbatore is also bordered by numerous picnic areas, including rivers and waterfalls, which are fantastic locations to explore with family or friends and are guaranteed to revive your senses. The Western Ghats encircle the city, which is situated on the Noyyal River’s banks. 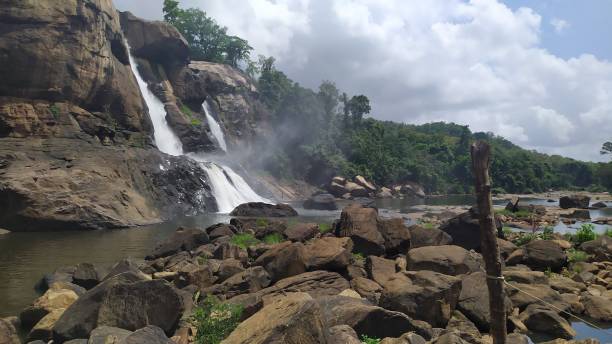 The city’s lovely weather year-round is its best feature. The cold winds from the Palghat Gap and the densely forested mountains make the scorching weather bearable. The Siruvani River, a tributary of the River Kaveri, is another thing the city is proud of. This river is unique in that its flavour is enhanced by a perfect mineral balance, making it the second-tastiest water in the world after the Nile River (do not buy packaged water when you visit this place). The numerous parks and zoos that are available in this city only increase its abundance of tourist attractions.

Tirunelveli, another historic city in Tamil Nadu, is well-known for its temples. The river Tamirabarani flows through the city, which is situated at the southernmost point of the Deccan plateau. The city is a centre for religion, agriculture, and tourism. The area is rich in natural resources and includes a variety of natural landscapes, including woods, rivers, mountain ranges, and sea beaches.

The temples in this area are particularly noteworthy because they were built throughout the Middle Ages by the dynasties in power at the time and include stunning stone sculptures and construction. The city is not just the historical centre of Tamil Nadu, but it also has many unexplored attractions that attract tourists. The woodlands are home to several rare and endangered species as well as a range of natural flora and wildlife. The months of October through February are ideal for travel because of the pleasant weather and lush foliage.

Tamil Nadu, known as the “Magical State,” is the second most popular tourist destination in India. The city has a longer cultural history than 4000 years due to its variety of natural and man-made wonders. Along with the locations mentioned above, travellers also like visiting the hill towns of Coonoor and Yelagiri. Additionally, Tiruchirappalli and Rameswaram are both well-known tourist sites in Tamil Nadu. The majority of the ancient sites and monuments, together with the surrounding natural resources, have been kept successfully, making it a top tourist destination.