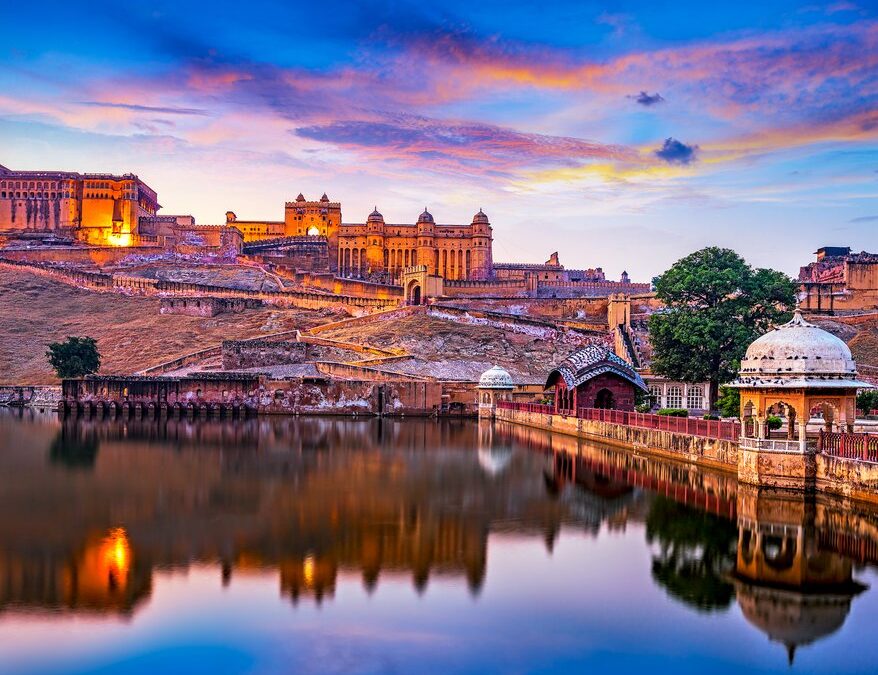 As a result, awesome sight at the ancient cities of India. Also, with the majestic architecture and timeless beauty of India’s spectacular Golden Triangle tour. Lose yourself in the bustling streets of Delhi, visit the Taj Mahal at sunrise and explore the former royal cities of Fatehpur Sikri and Karauli, before going on a wildlife safari in Ranthambore National Park and visiting the beautiful Pink City from Jaipur. Here in this article, you read all about nature wisp with the glorifying Golden Triangle Tour.

Arrive in Delhi, the bustling capital of India. We will meet you at the airport and drive you to your hotel, where we will give you all the tour documentation and important information about your trip. The rest of the day is yours to relax, explore or shop for last minute essentials!

Start the first full day of your trip with a visit to India’s capital. One of the oldest existing cities in the world, Delhi has been repeatedly destroyed and rebuilt over the past 5,000 years. Learn about its fascinating history as you explore the ancient monuments, narrow streets and bustling bazaars of the Old Town.

Along the way, you’ll pass the Red Fort, the palace of Mughal Emperor Shah Jahan who built the Taj Mahal, and visit Jama Masjid, one of India’s largest mosques. Stroll through the winding lanes and tiny shops and stalls of fascinating Chandni Chowk Market, where you can find everything from silverware to saris.

After lunch, head to New Delhi, where you will see the former British capital with its colonial-style buildings. Walk past government buildings and along the Rajpath towards India Gate, an impressive stone archway which was built in memory of all the Indian soldiers killed fighting for the British Indian Army in the First War world.

End up your city tour with a visit to the UNESCO-listed Humayun’s Tomb.

After breakfast, leave the bustling capital and head to Agra, home of the Taj Mahal. You will arrive around noon and check into the hotel before heading out for a city tour. Pass by the mesmerizing Agra Fort and Mehtab Bagh (Moonlight Garden), where lush symmetrical gardens line up with the Taj Mahal in the distance.

Then stroll through the alleyways, delving a bit more into the historical, cultural and social context of this fascinating city, before visiting the Jama Masjid mosque and learning more about the Islamic religion and Mughal history. Make a quick stop at Chimman Lal Poori Wala, a 185-year-old local confectionery, to see the making of traditional Indian sweets, then head to a local wholesale market. After that, head to Mankameshwar Mandir, a temple dedicated to Lord Shiva, and Rawatpara Spice Market, where you’ll wander through the stalls and narrow alleyways and soak up all the aromas of India.

End your afternoon tour of Agra with a bicycle rickshaw ride along the banks of the Yamuna River, as you head to Gyarah Sidi to admire the Taj Mahal at sunset.

The Day – 4: Tiger Safari In Ranthambore National Park Around Jaipur

You’ll start your day with a sunrise jeep safari tour with the park rangers looking for tigers and other wildlife, before returning for lunch and rest, then heading back in the jeeps after- noon to maximize your chances of seeing the park’s most elusive residents. Choose to visit historic Ranthambore Fort to enjoy panoramic views of this beautiful national park, which was the historic hunting ground of the Maharajas of Jaipur before becoming a designated wildlife sanctuary in the 1950s.

This morning, leave Ranthambore and its tigers behind and head to Jaipur, one of India’s most fascinating and beautiful cities and cultural centers. You will depart after breakfast and arrive around noon, so you can catch a glimpse of country life from the windows as we make our way to the Pink City.

Once you have checked into your hotel in Jaipur, you will have a few hours of free time, before a late afternoon tour of the city and the local bazaar, where you can sample a variety of street food different, admire all the beautiful jewelry and fabrics, smell all the different incenses, perfumes and spices and shop for souvenirs.

You will begin our tour of Jaipur with a drive to the ancient capital of Amer, stopping en route to visit Hawa Mahal, the Palace of Winds. Built in 1799, its unique facade was designed to allow members of the royal family to look out onto the street to watch parades and processions or the daily lives of people without being seen.

Then visit the magical Amer Fort, also known as Amber Fort, a massive palace built in the Hindu-Muslim style. Explore the Sheesh Mahal – the Hall of Mirrors – with its thousands of mirrored tiles adorning every surface, and head up the walls for magnificent views of the surrounding mountains and lake. Then, return to the city to see the magnificent City Palace, with its unique blend of traditional Rajasthani and Mughal architecture. This huge palace complex was built in 1727, when the Kachwaha-Rajput ruler, King Sawai Jai Singh II moved his capital from Amer Fort to Jaipur.

End up your city tour with a visit to the Jantar Mantar, an 18th-century observatory built by Jai Singh II. Intended to measure the time of day to less than half a second, to compile astronomical tables and to predict the movements of the sun, moon and planets, it is one of nineteen astronomical instruments built by the founder of Jaipur and has been declared a UNESCO World Heritage Site.

Day 7: Return to Delhi and departure