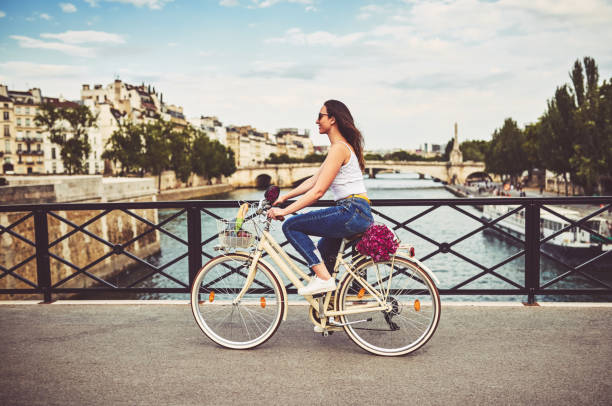 France is often thought of as a summer destination, with beach vacations on the Cote d’Azur and sunny city holidays in Paris. Winter excursions in France, on the other hand, can be magical and charming. From heartwarming Christmas markets in Paris to adrenaline-pumping ski excursions in the French Alps, France has earned its reputation as a winter wonderland.

As one of the world’s most visited countries, getting to France in the winter is simple, especially for people in the UK and Europe. Even better, visitors planning to spend the Christmas season in France will be spoilt for choice when it comes to where to go and what to do.

The Alps are one of the top winter sports regions in the world, cities are brimming with cultural festivals, and the decadent cuisine is the ideal complement to the chilly conditions.

The Weather in France During the Winter

The varied winter weather conditions observed across France are due to the country’s vastness. During the winter, temperatures are expected to vary from 0°C to 7°C on average. The coldest temperatures will be seen in the country’s most mountainous locations, such as Chamonix and the Massif Central, as forecast. Winters become much milder as you travel south; after all, you’re not far from the Mediterranean!

You may find packing difficult, so layering up will keep you comfortable in all temperatures. If you’re ready to start planning your trip, here are the top winter destinations in France.

The Top 10 Winter Destinations in France 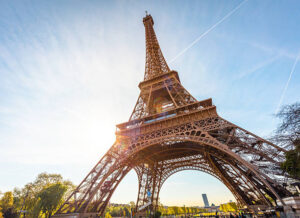 France’s capital city is a no-brainer during the winter months, with Christmas markets in the shadow of Notre Dame Cathedral, the Eiffel Tower covered with glinting frost, and freezing hands warmed by a new cup of coffee at a Parisian café.

With its holiday lights and shimmering Eiffel Tower, there’s nothing quite like Paris in the winter. The city’s biggest landmarks become part of a Christmas dream world, and walks along the Seine become even more magical. Families can be seen ice skating on the Champs-Élysées rink, while visitors throng to Galeries Lafayette to admire the store’s famed Christmas tree.

The popularity of Paris is well-deserved. It is truly one of the top winter destinations in France. Take a look at my guide on visiting Paris in the winter if you’re planning a trip. 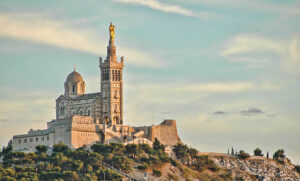 Marseille, a port city, offers visitors a moderate, though characteristically French, winter. Don’t be turned off by the fact that the southern city is generally labelled as underestimated. If you’re visiting France in the winter, Marseille is a must-see.

During the months of November and December, crowds are nearly non-existent, and temperatures average 12°C on a daily basis. You can view the city sans the throng if you visit outside of the summer season. Imagine touring the Calanques and Vieux Port without the crowds, or visiting Notre Dame de la Garde without having to wait in line.

Plus, even in the coldest months of the year, you may enjoy alfresco dining beside the historic port.

While you may think of towns on the south coast as summer getaways, don’t neglect Marseille if you’re spending the winter in France. 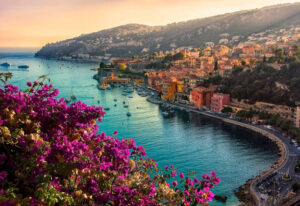 Nice is one of my favourite cities in France to visit in the summer, but it also has a lot to offer in the winter. This city, which is one of the jewels of the French Riviera, organises the Nice Carnival every year in February. It’s one of the most well-known community celebrations in the world. Visitors and locals alike watch floats parade to the beat of cheerful music. This is an event not to be missed.

No matter what time of year you visit, Nice is a lovely city to walk about in. Take a walk along the Promenade Des Anglais, which stretches for many kilometres along the coastline, or climb the steps to Parc De La Colline Du Chateau for some of the best views in the city.

Whether it’s the carnival or the moderate Riviera temps that lure you to Nice in the winter, there’s no denying that the southern city is a fantastic spot to visit in France.

The Alps of France 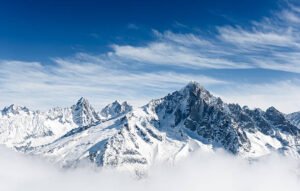 If you enjoy winter sports and high-intensity activities, the French Alps are the place to be. Visit Chamonix, Val d’Isere, or La Plagne to enjoy world-class winter sports resorts, including skiing during the day and après-ski and exquisite French cuisine at night. Visit right after Christmas in January for the finest snow conditions. 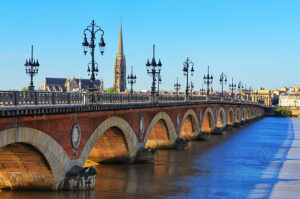 It’s no secret that Bordeaux is wine country! While the area’s vineyards bloom in the spring and summer, winter is still a great time to visit the wineries and experience the wide range of vintages available.

The city is also decked out with elegant holiday light displays, which add to the allure and magic of a winter visit. The majority of visitors come in the summer and autumn, so going in the winter will give you a truly true French experience. It’s actually one of my top picks for where to spend Christmas in France.

Despite its tiny size, Menton is a well-known destination. This peaceful village sits on the Cote D’Azur in a peculiar location, close on the Italian border. It boasts a milder microclimate than the rest of France, and residents have access to the finest produce from both France and Italy.

The Fête du Citron, or Lemon Festival, held every February is particularly well-known. During this particular occasion, this French Riviera town proudly promotes its production of lemons and other citrus products.

Citrus is celebrated with beautiful sculptures, carnival floats, and, of course, meals across the city. Visiting Menton during the Fête du Citron is a truly memorable and enjoyable winter event.

Mirazur, a Michelin-starred restaurant in Menton, is believed to be one of the best in the world. 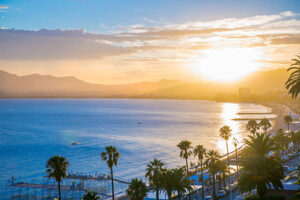 Another fantastic place to visit in France during the winter is Cannes. The city noted for its film festival, like Menton and Nice, is located on the French Riviera. Why not take advantage of the milder winter weather and stroll down the beachfront? When shopping for Christmas gifts in Le Suquet, Cannes’ Old Town, take advantage of the quieter streets.

There are several exquisite hotels and villas in this elegant city, as well as a port full of millionaires’ yachts. If you’re a foodie, don’t miss a visit to Marché Forville, a bustling covered market with an abundance of delicious products. Whatever your interests, Cannes is a fantastic winter destination in France. 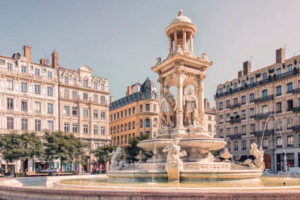 Lyon is France’s third-largest city and one of the greatest winter destinations in the country. Why? Look no further than the Fête des Lumières, or Festival of Lights.

The Lyonnais and Lyonnaises honour the Virgin Mary by lighting candles every December, though the practise has evolved into a city-wide festivity. Lyon is transformed into an electrical extravaganza that should not be missed thanks to light installations. 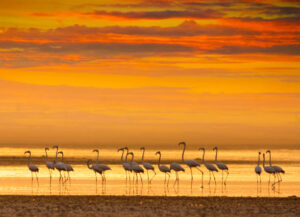 During the winter, nature lovers, like the bird colonies that fascinate them, flock to the Camargue. The Camargue, located near Arles and sandwiched between the Mediterranean Sea and the two arms of the Rhône delta, is known for its fauna.

Pink flamingos take the stage at this time of year, as their plumage becomes increasingly bright in preparation for spring courtship rituals.

You might see wild white horses, colourful birds, and take in views of the salt flats and countryside. It’s a fascinating place, and one that hasn’t yet been overrun by tourists! 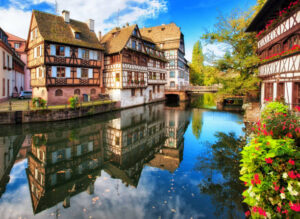 Strasbourg, home to Europe’s oldest Christmas market, would be absent from any list of the top locations to visit in France in the winter. It’s even known as the ‘Capital of Christmas,’ which I believe it deserves!

Strasbourg has a unique cultural mix due to its proximity to the German border. It’s an undeniably romantic destination to visit with your other half, as you stroll through the charming streets and stop for mulled wine and pastries along the route.

There’s no disputing that France is a unique nation to visit at any time of year, but the country shines brightest in the winter. Christmas markets crisscross picturesque neighbourhoods, warm mugs of mulled wine are drunk outside artisan cafés, and thrill seekers scream down the eastern slopes of Mount Blanc. So, where will you go in France over the winter?