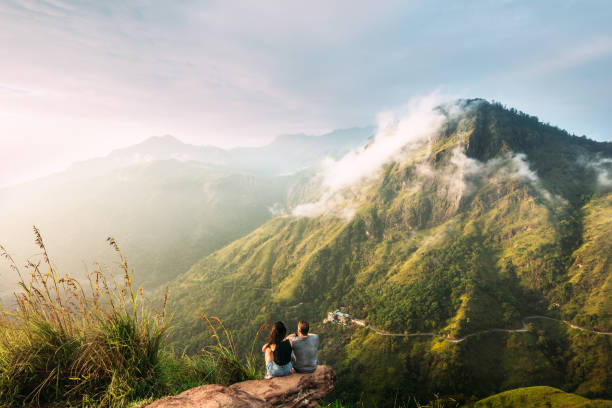 The bulk of us are unaware of many amazing sites throughout the world. You’ll never run out of things to see or do, from breathtaking waterfalls and natural wonders to enigmatic forgotten cities and charming landmarks. The World’s 10 Best Beautiful Places for traveler.

Shortlisting the top ten most beautiful sites on the planet is difficult, and visiting all of the world’s most beautiful spots might take a lifetime, if not longer. However, we’ve selected a few sites that should always be towards the top of your bucket list, as each trip offers a unique experience that you’ll remember for the rest of your life. 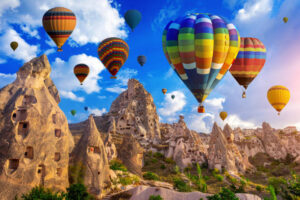 Cappadocia is live proof of how strange and lovely nature can be. It features a fantasy-like scenery that appears to have been pulled from a fairy tale, as well as alien-like hills and stones that appear to have been transferred from another planet. Humans who formerly lived here built underground shelters out of the soft stone in the area, leaving a trail of unusual architectural wonders in their wake. The lunar terrain is beautiful enough on its own, but the many hot-air balloons that flood the sky with hues of red, yellow, orange, and cream elevate it to new heights. The Goreme Open Air Museum and its rock-cut churches, as well as Kaymakli’s underground wonders, are among the best. 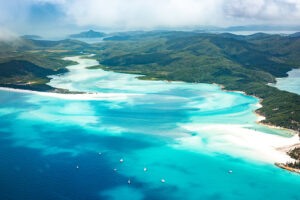 It’s simple to see why Whitehaven Beach is one of the world’s most photographed beaches. The gorgeous 7-kilometer stretch of white sand, which feels like your own own slice of heaven, exudes peace and quiet, allowing you to rest to the fullest. The beach may be reached by boat from Hamilton Island, Shute Harbour, and Airlie Beach. Make your way to Tongue Point for the greatest vista of Whitehaven Beach. If you go during low tide, you’ll see a stunning blend of colours that always delivers the most spectacular sights. 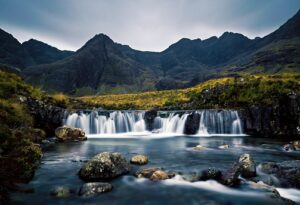 When you see the Fairy Pool, an ethereal sanctuary with crystal clear water, picture-perfect surroundings, and a beautiful ambience, you could start believing in fairies. The water is frigid, but if you’re looking for some crazy swimming escapades, this is the place to be. If you’re not feeling adventurous, a simple walk about the region, exploring azure blue pools that are each more enticing than the next, can put you in a good mood. The location also has its own infinity pool, which is surrounded by a lovely stone wall! 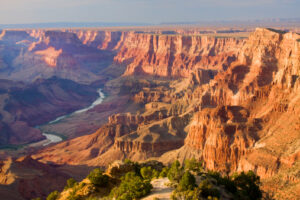 The Grand Canyon attracts more than 5 million visitors each year for a reason. It’s one of the most enchanting places on the earth. You’ll be fascinated no matter how much you learn about the Grand Canyon since nothing prepares you for the breathtaking sight that this wonder has to offer. This intriguing work of art, which is considered one of the world’s seven wonders, feels both familiar and alien at the same time. The sheer grandeur of the canyon leaves you dumbfounded, and seeing it at sunrise or sunset mesmerises you since the environment is so tranquil, gorgeous, and clean.The South Rim The most visitors come to the Canyon because it has the majority of the region’s infrastructure, Native American ruins, scenic landscapes, and historic artefacts. The North Rim, on the other hand, is the place to go if you’re looking for adventure and seclusion. 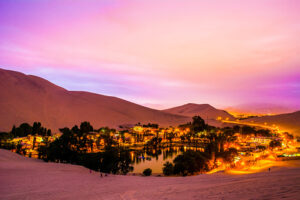 Huacachina, a magnificent desert oasis that mesmerises you with its raw beauty and legendary legends, will enchant psy lovers and artists. Imagine yourself sitting on a massive sand dune, taking in the breathtaking sunset views as the landscape transforms into vibrant red and yellow hues all around you. Right in front of you is a gorgeous oasis that seems like a still from one of those Arabian Nights movies, complete with palm trees and rustic hotels offering the finest in luxury. Huacachina may not be as well-known as Machu Picchu or Nazca, but it offers a picture-perfect location for anyone seeking mystery, adventure, or romance.Spend the evening at the lake serenading your sweetheart, but keep a look out for the mermaid who is rumoured to live there. 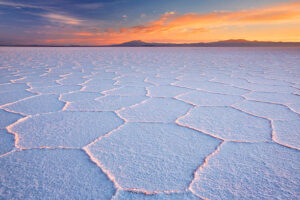 One of the world’s most magnificent wonders is the world’s largest salt mine. Salar de Uyuni may like one of those Renaissance-era fancy paintings, yet it proudly stands as one of South America’s most breathtaking sights. The awe-inspiring beauty of this immense desert will leave you speechless, and the weird islands that emerge from a sea of salt create an amazing landscape that will stay with you forever. 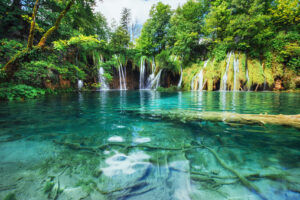 Plitvice Lakes National Park in Croatia is included in every ranking of the world’s most beautiful places. This captivating park is the country’s largest national park and is known for its 16 crystalline lakes that are connected by a succession of cascades and waterfalls. The park is explored via an 18-kilometer network of wooden pathways and footbridges that snake around the edges and across the waterfalls, providing unrivalled views of the area. Throughout your trek, you’ll be accompanied by clouds of multicoloured butterflies. It’s no surprise that the Plitvice Lakes draw around 1,200,000 visitors each year. 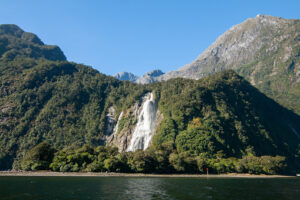 The Sydney Opera House, the Waitomo Caves, the Great Barrier Reef, and the Sydney Harbor Bridge are just a few of the sights to see while on a tour to Australia and New Zealand. When you visit Milford Sound, though, everything else fades into the background. All those Lord of the Rings imaginations come to reality in this 1692m high alpine fjord, and your first glimpse is likely to give you butterflies in your stomach. It’s no surprise that Milford Sound attracts over 500,000 people each year. Milford Sound can be visited on foot, by helicopter, or by bus trip. 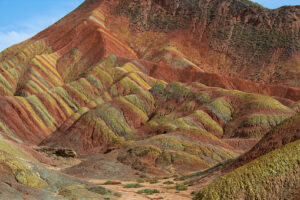 If you’re a fan of the Grand Canyon and live closer to Asia than North America, visit the Rainbow Mountains of Zhangye Danxia National Geological Park in China. The mountains, which are as breathtaking as the Grand Canyon and one of China’s most beautiful destinations, have vivid colours of maroon, magenta, yellows, and greens due to trace minerals within the sandstone. 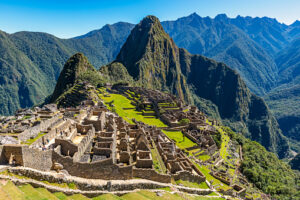 Finally, there’s Machu Picchu, the Inca culture’s fabled lost civilization. Before the Spanish Conquest, Machu Picchu was built around 1450 and occupied for nearly 100 years.Most of the city’s architectural marvels have survived since it was never discovered by Spaniards and was neglected until the early twentieth century. The trek up the hills is an experience in and of itself, and the view of this enigmatic city from the Inca Trail viewing point is breathtaking.

With their beauty, mystery, and creativity, each of these places leaves you dumbfounded, making you wonder how many secrets this wonderful planet still has in store for us. Exploring the world’s most beautiful sites takes time because there are so many places that could make your list, but every experience will be fantastic, fascinating, and incredibly gratifying.