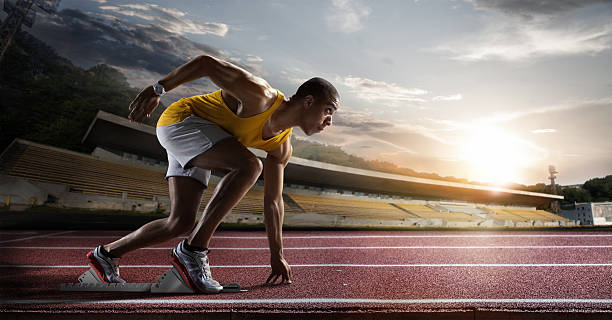 The tendency of being the strongest and fittest person has always made people pleased and proud, dating back to the Greek-Roman period and continuing today. According to ancient records, Spartans and Athenians in the early Greek period were always keen to depict themselves as the fittest fighters, and they put in a lot of training hours to do so.

Gladiators who fought in the Colosseum were also subjected to an animal-like exercise regimen. However, the science of diet and supplements, in addition to hard physical training, has opened a new avenue to optimising fitness in modern times. So here is our ranking of the world’s top 10 fittest male athletes.

Rafael Nadal is the best male athlete in the world 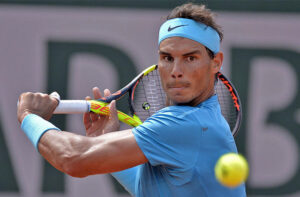 Many other champions, including former world No. 1 Andre Agassi, regard current World No. 2 Rafael Nadal as the best tennis player of all time. For his outstanding success on the clay court, particularly at Roland Garros, he was dubbed “The King of Clay.”

Apart from Andre Agassi, Nadal is the only player to complete the singles Career Golden Slam. In 2011, he was voted Laureus World Sportsman of the Year.

A main-belt asteroid called ‘128036 Rafaelnadal’ was discovered at the Observatorio Astronómico de Mallorca in 2003 to recognise his contribution to tennis. He has firmly established himself as one of the world’s top ten fittest male athletes. 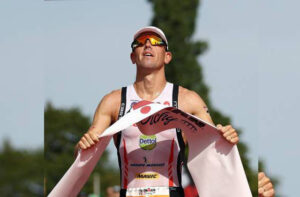 Frederik Van Lierde, a Belgian professional triathlete, is largely regarded as the greatest Ironman of all time. With a height of 6 feet and a weight of 74 kg, he is a specimen of strength and endurance. Frederik is the current Ironman triathlon world champion as well as a many triathlon event champion.

He trained for two years under his coach, former world record holder Luc Van Lierde, and became only the second Belgian to win the Ironman Championship after his coach.

He just received a lot of praise for winning the Deinze 12 Triathlon. He is presently ranked among the world’s top ten fittest male athletes. 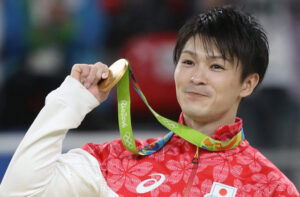 Kohei Uchimura, a Japanese artistic gymnast, is the first male and female gymnast to win every major all-around title in a single Olympic cycle. He excelled in a variety of gymnastics disciplines, including all-around, team, floor, high bar, and parallel bars, and is widely regarded as one of the all-time greats.

The International Gymnast Magazine reportedly described him as a “mix of extreme difficulty, supreme consistency, and amazing elegance of performance.”

“I don’t believe in God,” he remarked after never missing a single day of training in order to achieve the highest level of perfection imaginable. I’ve never had any good luck charms. Practice is all I believe in.” 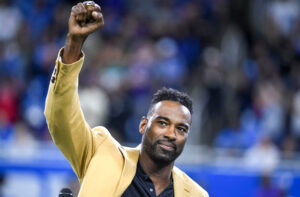 Calvin Johnson, a wide receiver with the Detroit Lions, is known as the Megatron. of his incredible abilities. He ran the 40 metres in 4.35 seconds and the 100 metres in 10.23 seconds. Johnson is currently 6 feet 5 inches tall and weighs 239 pounds.

In 2012, he got an eight-year contract deal with the Detroit Lions worth $132 million. He broke Jerry Rice’s single-season receiving yardage record of 1848 yards. Johnson also tied Hall of Famer Michael Irvin’s record of eleven 100-yard games in a season.

He was voted as a first-team All-Pro three times after being drafted by the Lions as the second pick in the first round of the 2007 NFL Draft. He was named to the Pro Bowl six times and twice led the NFL in receiving yards.

From 2011 to 2013, he was consistently ranked first in the NFL Top 100. In 2014, Johnson was also ranked second best. He is now ranked seventh among the world’s top ten fittest male athletes. 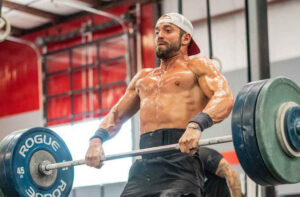 Rich Froning Jr., the greatest CrossFit athlete of all time and reigning CrossFit Games winner, is the first and only person to win the title of “Fittest Man on Earth” four times in a row, beginning in 2011.

His imposing frame can deadlift 545 pounds, snatch 300 pounds, and then perform 75 chin-ups. He began his athletic career at Cookeville High School, where he was an all-region second baseman in baseball.

After high school, he obtained a baseball scholarship to Walters State Community College. Soon after, he retired from baseball and began working for the Cookeville Fire Department. He also attended Tennessee Technological University for his education.

He developed an interest in strength and CrossFit games while through his fire department training, and the rest is history. Rich deservingly ranks sixth among the world’s top ten fittest male athletes.

Michael Phelps is one of history’s greatest athletes 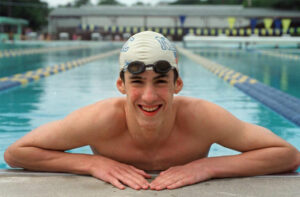 Michael Phelps, the godfather of swimming, is not only the greatest swimmer of all time, but also one of the best athletes in history. With 22 medals in three Olympics, he is the most decorated Olympian of all time.

Phelps is the only player in Olympic history to be awarded the most successful athlete three times in a row. He has earned 82 Olympic and international medals throughout his career. He has received 65 gold medals in total.

Floyd Mayweather is the highest-paid athlete in the world 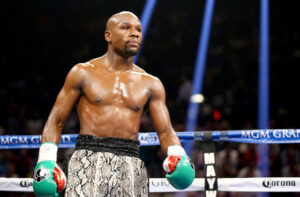 With his $105 million earnings, recent undefeated world champion Floyd Mayweather is the only athlete in history, aside from Tiger Woods, to be listed among the top ten highest-paid athletes.

Beginning in 2012, he has topped Sports Illustrated’s list of the 50 highest-paid athletes for three years in a row.. He fought in 50 professional boxing bouts, winning all of them and knocking out his opponents 26 times.

Mayweather is now the undisputed world champion in five divisions. Many foreign media outlets voted him the top pound-for-pound boxer in the world. Ring, Sports Illustrated, ESPN, BoxRec, and Fox Sports have all ranked him the best.He recently garnered a lot of praise for his two victories over Argentinian fighter Marcos Maidana.

He also appeared in the fifth season of Dancing with the Stars, in addition to boxing. Mayweather, one of the best boxers of all time, is now ranked among the top 10 fittest male athletes in the world. 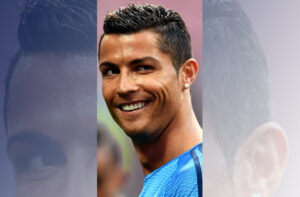 Cristiano Ronaldo, one of the best forwards of recent years and one of the greatest football players of all time, is known for his sculpted figure and soccer skills. His transfer from Manchester United to Real Madrid cost $132 million, making it the second most expensive transfer in football history.

CR7 was the nickname of the Portuguese national football team’s captain. He now owns a fashion firm that bears the CR7 logo. The Manchester United star is currently ranked third among the world’s top ten fittest male athletes.

From 2009 to 2018, he played for Real Madrid and scored 311 goals in 292 appearances. In his 162 international games, Cristiano also scored 95 goals. After that, he joined Juventus in Italy before joining Manchester United in August 2021. 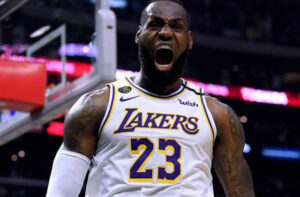 LeBron James, the NBA’s most recent phenomenon and the Cavaliers’ all-time leading scorer, received a flawless 40 on 40 score in Sports Illustrated’s Fittest 50 benchmark. He set numerous records with his 6 feet 8 inch height and 113 pound weight. Furthermore, his dribbling and shot-making abilities always make a splash in the crowd during games.

In the 2003 NBA draught, the Cleveland Cavaliers selected him first overall. In 2010, he was traded to the Miami Heat. He won the NBA Championship twice with Miami and was named NBA Final MVP both times.

Usain Bolt is the world’s most athletic person. 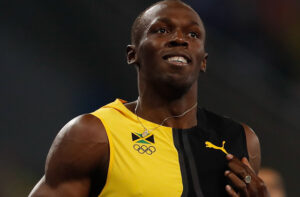 If the fittest males’ list does not include the quickest man on the planet, the list will be a disaster. Usain Bolt, dubbed “the Lightning,” has a peak speed of 48 kilometres per hour and can cross the finish line at that pace.

In the 2009 Berlin World Championship, he set two world records that have never been broken. Bolt qualified for the Olympics after running the 100 metres in 9.58 seconds and the 200 metres in 19.19 seconds.

Since 2007, when he first began to be the best, he has won three gold medals in the 2008 Beijing Olympics and three more in the 2012 London Olympics, thanks to his lightning pace. He earned eight gold medals in three world championships and a gold medal at the 2014 Commonwealth Games in Glasgow. Bolt deservingly takes the first spot among the world’s top 10 fittest male athletes.

Other notable names on the list include track and field superstar Ashton Eaton, who won three USA Outdoor titles, rowing superstar Eric Murray, who won gold in the rowing coxless pair competition at the 2012 London Olympics, and UFC light heavyweight champion Jon Jones, whose kick had a whopping force of 2,750 pounds.