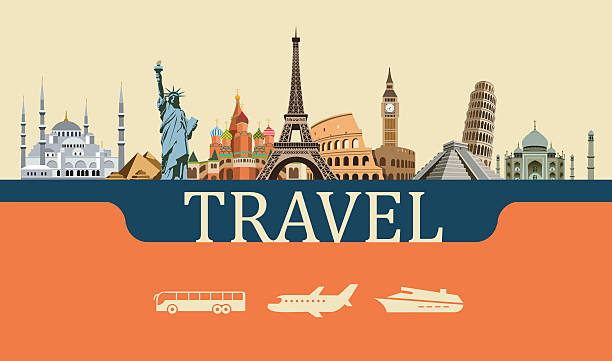 Winter travel can be difficult due to cold precipitation, slick sidewalks, and dreary sky. But hot drinks, snowy slopes, frozen lakes, and clear, fresh-air skies? We can all wrap our mitts around that kind of winter.

And in some cities, winter appears to bring out the best in people. Here are ten places throughout the world that make for a wonderful cold-weather getaway, in no particular order: 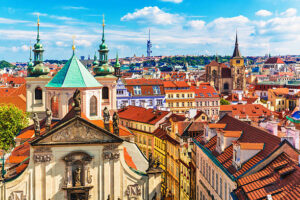 Prague is a fairytale city with snow-capped spires and cobbled, twisting lanes that is mostly tourist-free in the winter.

The spectacular architecture is even more beautiful when covered in snow, with the old town, with its towers and Romanesque vaults, being one of the most beautiful sites. Gas street lighting have been erected around the city centre, giving evenings a lovely glow. Cafes are a great way to get out of the cold.

“Choco Cafe is a terrific location to unwind after a day of rigorous winter touring in the Old Town,” says Girl in Czechland, a travel blogger. “There are more than a dozen kinds of hot chocolate, some of which are so thick you can nearly hold a spoon up in it,” says the author.

Where to stay: In the heart of the city’s old centre, the Alchymist Grand Hotel & Spa is a five-star, fairytale-like hotel.

Lokál Dlouhá is a place to eat. Svková na smetan is a popular dish at this restaurant (beef tenderloin and cream sauce).

What to do: After the Christmas markets (which take place from early December to early January), visit the Estates Theatre (or Stavovské Divadlo), where Mozart conducted the world premiere of “Don Giovanni” in 1787.

This city is ideal for a winter getaway, with its backdrop of Christmas carols and traditional markets. On Christmas Eve in 1818, the first performance of “Silent Night” took place at Oberndorf, on the outskirts of Salzburg.

The city’s main market is held under the shadow of Salzburg’s Hohensalzburg fortress, but the one in Mirabell Square is particularly popular with foodies who come to enjoy local specialities like halusky (dumpling pieces combined with fried bacon).

The Stadtkrug is where you should sleep. A lovely four-star Austrian hotel with one of the greatest roof decks in the city.

Goldener Hirsch on Getreidegasse is a good place to eat. This lovely restaurant is housed in the historic townhouse’s original stables. Traditional Austrian cuisine with a modern twist is served.

What to do: The timeless Hollywood musical “The Sound of Music” features over two dozen Salzburg sites. The Sound of Music Panorama Tour (+43 662 883 211-0) will transport you to the magical world of the film.

A visit to the spectacular Salzburg Cathedral, which was consecrated in 1628, is also a must. The crypt contains the remains of the two preceding constructions. 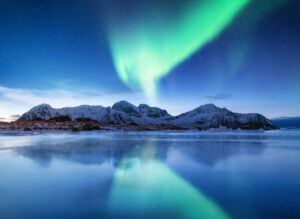 There are numerous explanations for this. In the winter, Troms, the Arctic capital, is spectacular. It is commonly recognised as Norway’s most picturesque city and serves as a starting point for viewing the northern lights.

There are also some fascinating museums, such as the Polar Museum, which explores the history of Arctic expeditions, and the Troms Museum, which is known for its Sami exhibitions.

Scandic Ishavshotel is the place to stay. This beautiful, modern hotel with a waterfront location offers amazing views.

Where to eat: Arcantandria’s seafood are well-known.

What to do: The Perspectivet Museum on Storgata provides an interesting look at Norwegian art. 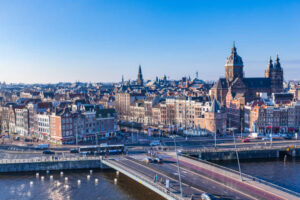 Winter is a great season to visit the Rijksmuseum or the Anne Frank House in Amsterdam because the museums are less busy. The Royal Carré Theatre, which was built to host a circus, is more over 130 years old. The stunning shows will delight children.

Where to stay: On Prinsengracht, the lovely five-star Seven one Seven boutique hotel is set inside a former sugar trader’s townhouse.

Where to eat: Traditional Dutch cuisine is served in the quaint Restaurant Greetje.

What to do: Smaller neighbourhoods like Haarlemmerstraat in the Jordaan, the Spiegelkwartier, and the Negen Straatjes are better for shopping than the big department stores. 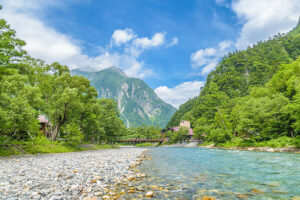 Nagano is an excellent base for touring neighbouring ski resorts as a past Winter Olympic host city. After a day on the slopes, the natural hot springs on the outskirts are ideal. The Togakushi Minzoku-kan folklore museum, which has an interesting display on the ninjas who formerly trained there, is worth visiting, as are the beautiful, snow-covered Buddhist temples.

Where to stay: The Hotel JAL City on Toigosyo-mashi is a short walk from the train station as well as one of Japan’s largest wooden temples. The sights of Nagano in the winter are spectacular.

Where to eat: Fujiki-an on Daimonkikyocho is known for its soba noodles, which have been made there since 1827. Ordering is simple with a picture menu.

What to do: The Zenk-ji temple, which dates from the 7th century, is Japan’s third-largest wooden temple. 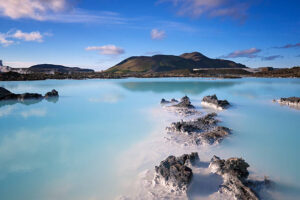 Although Iceland’s capital city is one of Europe’s coldest, it offers a plethora of natural hot springs to warm up in (some of the greatest are in the city’s Nauthólsvk region). The Winter Lights Festival, which takes place each year in February, is a stunning event.

Visitors can participate in a variety of winter activities or skate on the Tjörnin pond in the city. Many intimate coffee shops sell rgbrau, a dark, sweet bread created locally.

“A plunge in one of the city’s many outdoor geothermal bathing pools is an unmissable experience throughout the winter,” adds Eliza Reid, who co-founded icelandwritersretreat.com with Erica Green. “Nothing compares to swimming in these naturally warm waters while having snowflakes tickle your nostrils. Each pool has its own personality, and everyone has a favourite.”

Where to stay: Hotel Marina, which is owned by Icelandair, is a quirky, colourful hotel in one of the city’s trendiest districts.

Dill Restaurant in the Nordic House cultural centre is a good place to eat. Chef Gunnar Karl Gslason is passionate about using local ingredients, and the food here is some of Iceland’s freshest.

What to do: Olafur Eliasson, a Danish-Icelandic artist, created Harpa, the city’s performance arena, to resemble Iceland’s geology. It’s made out of over a thousand pieces of glass.

Berlin is alive with activity in the winter, from pop-up ice skating rinks and sledding hills to outdoor concerts and markets.

From late November through January, the Botanischer Garten is noted for its magnificent Christmas garden.

On Kurfürstendamm, the two-story Käthe Wohlfahrt Christmas store is worth a visit; it’s open all year and sells everything from tree decorations to candles.

Where to stay: Hotel Otto on Knesebeckstrasse is located in a quieter part of Berlin. In the lift, there is a “surprise” button.

Where to eat: Die Berliner Republik on Schiffbauerdamm is known for both its food (currywurst is a specialty) and its beer, due to a stock exchange-style system that allows consumers to get their favourite beer at bargain prices if they order at the appropriate moment.

What to do: Instead of fleeing from Berlin’s frigid winter, come to the Tiergarten, a big public park adjacent to main attractions, to face it head-on. Curling might be followed by a hot chocolate or mulled wine to keep you warm. This picturesque view, particularly in the winter, might be a great Instagram hit.

Tiergarten is located in Berlin’s Mitte neighbourhood, directly below the Spree River. 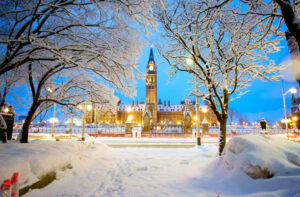 Winterlude, one of the largest winter festivals in the world, is known for its ice sculptures, outdoor performances, and toboggan runs.

Some of the city’s greatest monuments and buildings are decorated with colourful lights as part of the Christmas Lights Across Canada project.

The 7.8-kilometer (4.8-mile) Rideau Canal Skateway, which is utilised by professionals and students to navigate through the heart of downtown on ice skates, is one of the world’s coolest commutes in the winter.

Where to stay: The Arc Hotel is a cosy winter hideaway with a fireplace and complimentary champagne for guests.

What to do: From January to February, visitors may skate on the Rideau Canal, the world’s largest natural ice rink. 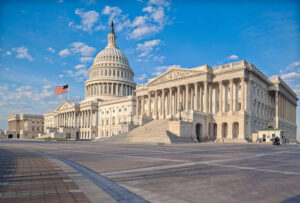 In the snow, the White House and Lincoln Memorial are exceptionally lovely. During the winter, the Washington Ballet performs “The Nutcracker.”

Where to stay: The Palomar is a tiny, lively hotel located near the White House, the National Mall, and the Smithsonian Institution.

Where to eat: Equinox Restaurant specialises on “organic, Mid-Atlantic cuisine,” as its head chef describes it. He essentially means a lot of fish.

What to do: ZooLights at the National Zoo begins November 29 and runs until January 1. A half-million LED lights transform the renowned attraction into a winter paradise. 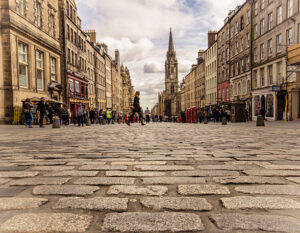 Edinburgh is a gorgeous city at any time of year, but it’s especially lovely in the winter, with its cobblestone streets, majestic castle, and lovely public gardens.

In the shadow of the castle, Princes Street Gardens is turned into a winter wonderland, replete with ice skating rink, massive Christmas tree, and Ferris wheel. Arthur’s Seat, on the outskirts of the city, is the ideal spot for a winter walk, and the views from the top are unrivalled.

Where to stay: Jurys Inn gives a warm Scottish welcome and is a short walk from the main attractions.

Where to eat: It’s not all haggis and tatties in Edinburgh. One Square restaurant and bar of the Sheraton Grand on Festival Square is the place to go for great dining. The beverages menu is amazing, with over 100 different types of gin to pick from.

What to do: Take a tour of Edinburgh’s underground vaults to learn more about the city’s interesting history.